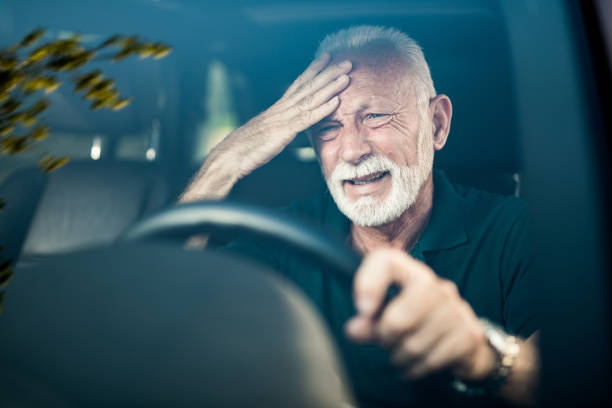 CHEST PUFFED out and his lungs expelling every morsel of energy they can muster, local misty-eyed father Martin O’Conaty is yet again lost in a fog of heart wrenching nostalgia and ennui as he belts out Eurovision classic Rock ‘n’ Roll Kids, WWN has learned.

“Honestly, whenever that comes on the radio you’re best leaving him to it, he’s ‘gone’,” shared a daughter of O’Conaty, a man who is incapable of engaging with another living soul when the chorus of the timeless song kicks in, regardless of how urgent a matter may be.

Passersby spotting O’Conaty in traffic, gripping the steering wheel and singing as if trying to transcend space and time to reach departed loved ones or connect with the one that got away have been urged to carry on about their business.

“We were the rock ‘n’ roll kids,” shrieked O’Conaty, who could be heard from the International Space Station, unable to shake the immediate and emotional evisceration the Paul Harrington and Charlie McGettigan song visits on people.

“I was yours and you were mine,” O’Conaty continued, undisturbed by angry motorists beeping at him for ignoring a third consecutive set of green lights.

As the song’s end was reached O’Conaty visibly snapped out of his reverie, collecting himself before dismissively laughing at the sudden rush of tearful singing before staring off into the middle distance and whispering ‘I still love ya Tara, wherever ya are’.

Elsewhere, thousands of mothers are currently causing immense distress to nearby birds with their operatic renditions of The Voice.