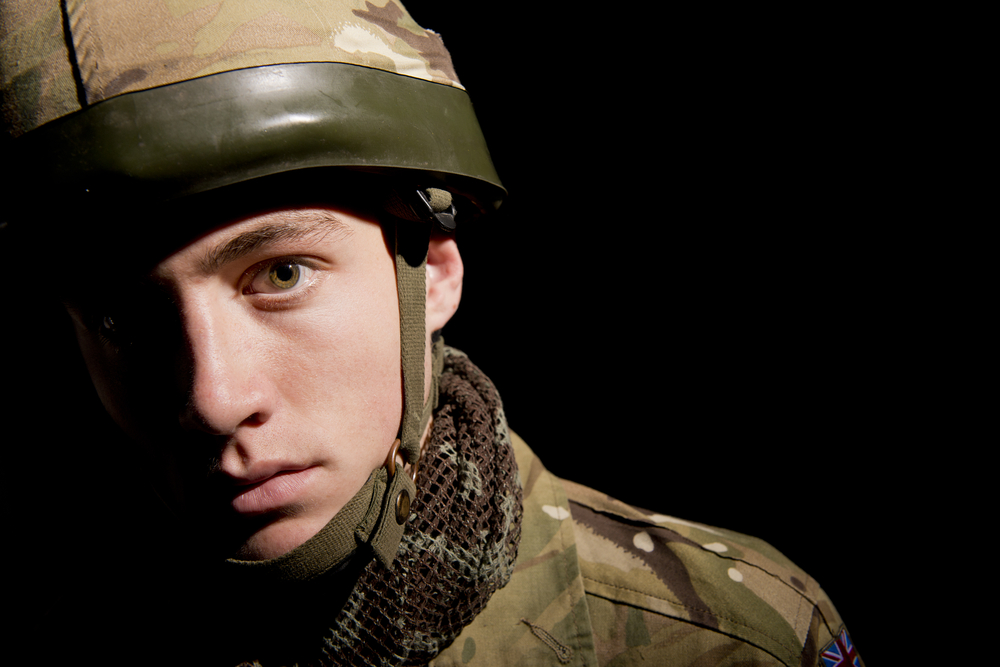 A BRITISH SOLDIER from Swindon is reportedly completely unaware he will be pointing a gun at an elderly woman in Belfast in the near future, demanding she vacate her vehicle in the moments preceding a tragic incident that will forever remain in the minds of people in Northern Ireland, but not anyone from England, and which will see him known as ‘Soldier X’.

As the British political establishment sleepwalks Northern Ireland away from its relatively peaceful present, young squaddie Simon Andrews (16) is currently receiving basic training in North Yorkshire, which will in no way prepare him for being urgently deployed to a suddenly fractious Irish border, plunged into chaos by a British leader who has a permanent hard border established between his brain and mouth.

While British soldiers cannot be sent to fight in a ‘war zone’ or engage in a ‘hostile situation’ until the age of 18, Andrews will be deployed to Northern Ireland at a time the British government deems their manoeuvres as simply ‘routine’, ‘not hostile’ and ‘not a prelude to a full time presence on the streets’, creating the perfect conditions for very avoidable catastrophe.

A bewildering experience for Andrews, young enough to only ever expect to be thrown into a pointless war in the Middle East, it will be made all the more disorientating by the fact he will be pointing his gun at people who look like him.

However, on the plus side, he will get to feel cool while using that mirror thing you place under cars to check for bombs, like the ones seen on those harrowing documentaries on The Troubles they only ever show on BBC Northern Ireland.

Andrews, who missed out on losing a job at a local car manufacturer plant that closed due to Brexit, will have to listen to stories from older soldiers of simpler times when the then prime minister was most notorious for fucking a dead pig, and not just knowingly dismantling the Good Friday Agreement to curry favour with racist voters during a brief break from breaking the law.