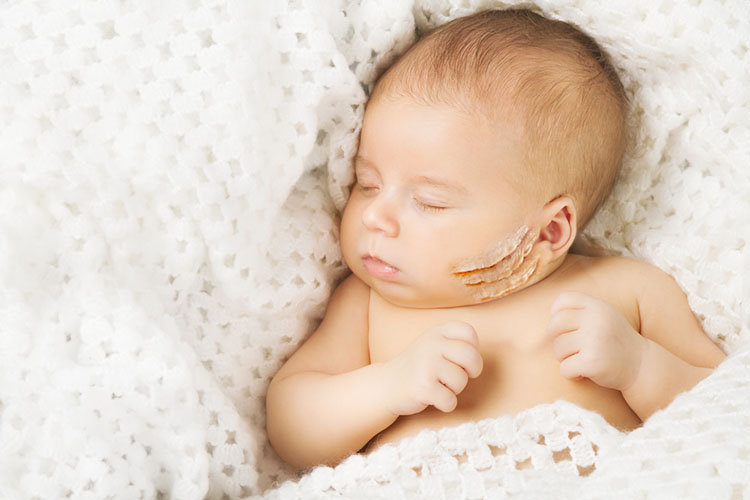 EVOLUTION has taken another leap forward, with the announcement that a baby born to an Oranmore couple has been found to have a pair of gills, perfect for helping it survive in the almost 100% water atmosphere of the Galway region.

Little Petey Henson baffled midwives and doctors following his birth after the discovery of thin slivers of skin on either side of his neck which appeared to go all the way in to his windpipe without causing the infant any pain or distress.

However, the puzzle was soon solved as Petey’s parent’s Helen and Wayne looked out the window of the maternity ward at Galway University Hospital, at all the fish that were floating past them during a particularly mild Galweigan afternoon.

“Petey is an evolutionary marvel: the first baby born with the ability to walk around in Galway on a summer’s day without drowning,” said Professor Willem Conway, evolutionary biologist.

“I myself flew here from Strasbourg to see the child, and I nearly succumbed to the constant sheet rain. But young master Henson, he will be able to stroll around with his friends without his lungs filling with water, a true testament to the power of the human race to evolve to anything that mother nature can throw at it”.

Prof. Conway went on to state that the Henson baby would have an advantage over other Galway people at pretty much any Galway based activity, from hat wearing to fighting outside Supermacs.