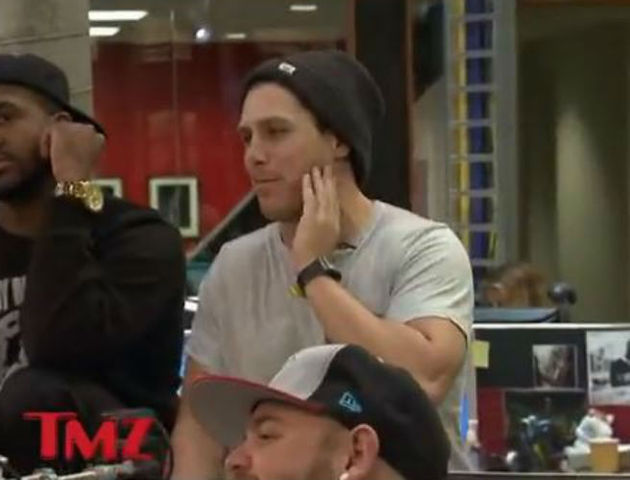 In a despicable and hated-filled 30 minute speech on the TMZ website, O’Riordan made the callous and repugnant claim that some people in Ireland probably wouldn’t even know who Beyoncé is. O’Riordan was also seen punching a newborn in the face while making a Nazi salute.

The video has been circulated on a number of news and entertainment sites in Ireland with RTÉ interrupting programming with a special piece on O’Riordan, about who he was, how to harm him and where he lived.

Shortly after the news bulletin O’Riordan’s family home was burned to the ground with Gardaí insisting there was no need to investigate or even send the fire brigade.

Ireland, the land of saints and scholars and a place which counts the Daily Mail, Sunday World, Entertainment.ie, The Daily Mirror, Huffington Post, Buzzfeed and Her.ie among its most popular websites, continues to be enraged by what O’Riordan’s comments insinuated.

Taoiseach Enda Kenny, meeting with US President Barack Obama, reassured his counterpart that Ireland knows exactly who the successful singer is and pleaded on knees for forgiveness.

The Taoiseach also made an impromptu announcement that the government would introduce a 30-page informative ‘Beyoncé Booklet’ just in case there was still one Irish person unaware of the singer.

“I really, really expected so much more from a website that stalks celebrities and fabricates the vast majority of their stories,” shared angry commenter Conor Drury, “we’re not celebrity obsessed idiots like you Americans,” concluded Drury, careful not to stereotype an entire nation unlike O’Riordan’s vile comments.

“I’m actually surprised by how much that cunt’s comments annoyed me,” shared 91-year-old Irish woman and Beyoncé fan Fidelma Noonan, “I’m quite impressed by the amount of pointless vitriol I’ve mustered over a video on the internet,” she concluded.

It is just now been revealed that the Taoiseach concluded his meeting with President Obama by asking O’Riordan be extradited to Ireland to stand trial and definitely found guilty for his outburst.