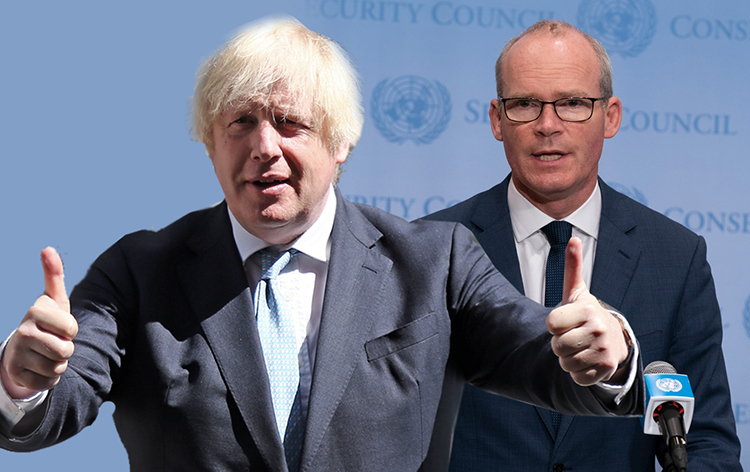 PLEDGING to ensure the investigation he has launched into a champagne swilling get together held in the Department of Foreign Affairs is entirely independent and above board, Minister for Foreign Simon Coveney has called on the preeminent expert in the field of Covid-flouting drinking sessions, a London based man by the name of Boris Johnson.

“Only 6 people were permitted at an indoor gathering at the time the photo of a dozen plus mask-less civil servants having champagne was taken, so you can see why it’s next to impossible to figure out if this broke the rules, but that’s where this Boris guy will come in,” explained a source close to Minister Coveney.

The independent expert will now be entrusted to carry out a forensic review of the gathering, drawing on his own experiences of similar incidents in the UK, believed to number of the low tens of thousands.

“Oh this guy is the real deal, you show him a massive piss up and he’ll find you a ‘legitimate work event that broke no rules’ somehow. He’s a pro,” added the source, responding to claims that such an investigation is simply an exercise in damage limitation and ‘looking to be doing something’.

Starting his thorough interrogation of the facts, Johnson began this morning and has so far confirmed that the champagne consumed at the gathering is indeed delicious but he will require another 10 bottles to be sure.

“The playlist at the DFA was seriously lacking in absolutely bangers. No Dua Lipa, no The Weeknd, these civil servants have serious questions to answer, you amateurs didn’t even break a swing,” Johnson said in between hiccups.