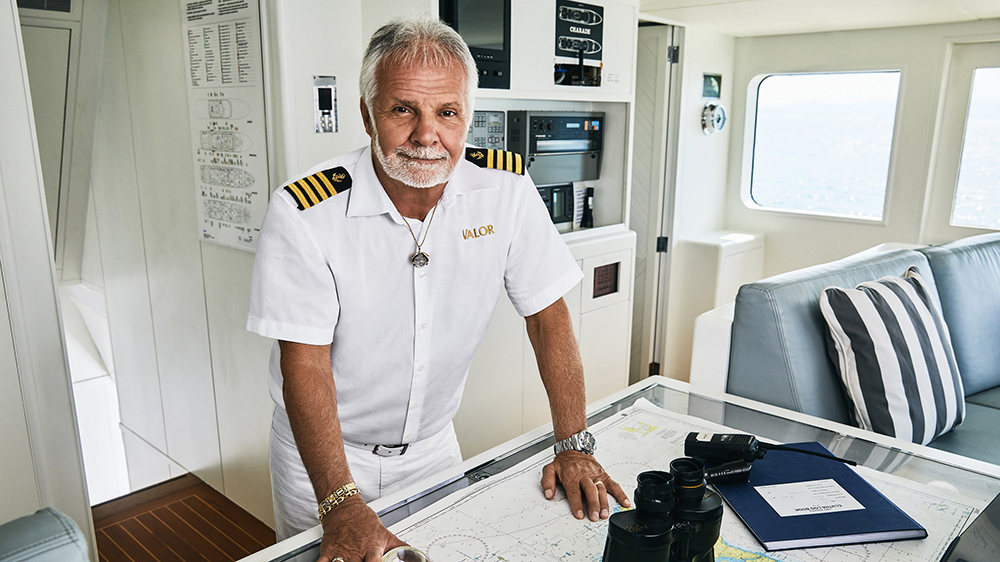 “SERIOUSLY, I don’t know how the hell I’ve docked hundreds of luxury yachts, I haven’t a clue what I’m doing,” Below Deck’s Captain Lee Rosbach tells WWN in an exclusive one-on-one interview, following on from the success of the hugely popular reality show.

We caught up with Captain Lee in Monaco ahead of filming for the latest series, just as he was docking yet another multi-million dollar super yacht.

“Right, that’s it… no, wait, the other right, ah, for fuck sakes Josh, we’re going to hit the… ah, balls,” Lee shouted, now blaming everyone else but himself before turning to this reporter, “ah, that will buff out, I’ll just blame the deck crew – to be honest I couldn’t dock a smartphone, lol”.

Captain Lee has been at the Below Deck helm for 8 seasons now and puts his long-running success down to good old-fashioned delegation.

“Most of the time I just sit in the bridge, listening to Kris Kristofferson tracks, smoking rollie pollie hash I picked up in Morocco,” the Captain said, detailing the stress of running one of the world’s most sought after charters, “shit, can you pass me the other bong there, this one’s gacked up to the max and needs a good clean,” he added, now calling on his latest Chief Stew to give it a good clean, “I don’t care if the engine room is on fire, Emily, my bubbler needs steaming”.

Lounging back on his swivel chair, taking time to spin around while making a ‘weeee’ sound, Captain Lee rubbished rumours that he may depart from the popular show next year.

“Ha-ha, me fuck, have you seen my paycheck?” he jested, now frantically rubbing out a hot nodge burn on his pants, “shit man, I need to lay off the pre-breakfast whiskeys; the way I’m going I won’t have a pants left for the next charter”.