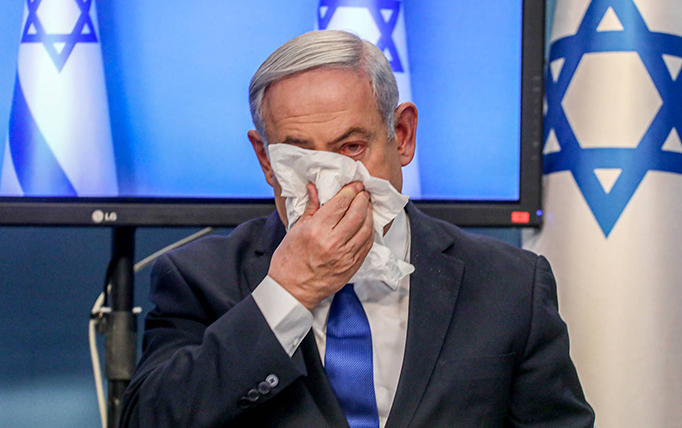 OUSTED Israeli premier Benjamin Netanyahu has relinquished control of his fleet of heavy construction equipment to the country’s new prime minister-elect Naftali Bennett, urging him to ‘take good care’ of the machines he used to demolish Palestinian homes during his 12-year reign.

“Mind the JCB, she sticks a bit in third” said Netanyahu, who leaves office after nation’s bitterly-fought election which has seen a multi-party coalition led by Bennett emerge.

“And if the bulldozer doesn’t flatten a Palestinian two-bedroom apartment in one go, just back it up a bit and give it more of a run-up. She’ll get the job done, I promise”.

With increasing sadness at the fact he wouldn’t be the one to finally eradicate the region from ‘those bothersome Palestinians’, Netanyahu issued a tearful farewell to the deconstruction staff that he had championed for so many years, and assured them that their new boss would ‘get the job done’.

“Look, I know that there’s a lot of apprehension about the somewhat very right-wing, somewhat barely centrist, bit-of-this, bit-of-that gang that have landed into government, but one thing I know for certain is this; they’ll want that sweet $3.8bn in military aid every year” said Netanyahu, as IDF soldiers wept like Palestinian schoolkids.

“So they’ll be as eager to ‘protect Israel’ as we were, and as quick to retaliate with airstrikes and demolition orders and what have you. You’ve served me well, everyone. Farewell”.

Netanyahu will now live the rest of his life devoting himself to humanitarian causes, or possibly by remaining a key figure in Israeli politics with a mind to reclaim his rightful place as leader of the powerful Middle East nation.