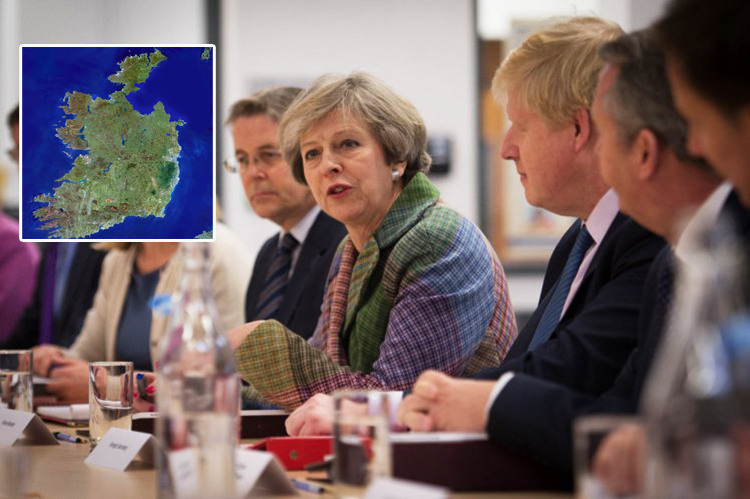 THERESA May’s Brexit strategy is said to have taken a new course after being left in disarray yesterday following the dramatic accusation from Taoiseach Leo Varadkar that May reneged on an agreement that would have ended the deadlock in the talks.

Under pressure to get an agreement from the Democratic Unionist Party (DUP) on the status of the Irish border, the British prime minister said it would only cost £3bn euro to sink the 14,130 km² landmass into the sea, casually pointing out the fact to her cabinet.

“I’m just saying, is all,” May insisted, shrugging it off the suggestion like it was nothing really, “it doesn’t cost that much considering the size of it, and if we planned it right, there could be potential for a tidal wave to accidentally take out Scotland too”.

The proposed £3bn sinking of the six counties comes after Arlene Foster, the DUP leader, ruled out any move “which separates Northern Ireland economically or politically from the rest of the United Kingdom”, forcing May to admit that the territory still exists and is owned by the UK, despite not featuring in many media reports on mainland Britain for the past few years.

“At least when they were back bombing each other, everyone in Britain pretended to care,” May concluded, “now, Northern Ireland is like a red haired step child that no one wants”.