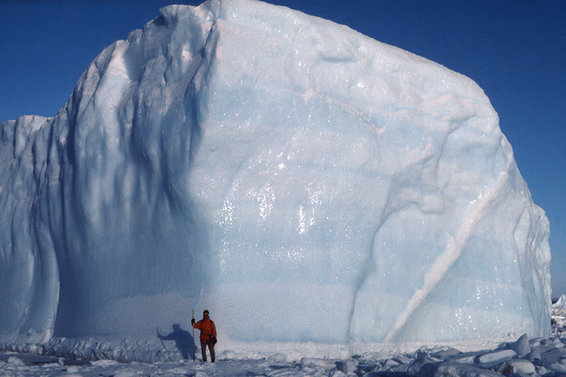 The scientific community have been left astounded by data retrieved by a group of scientists who ventured to the Antarctic in search of further evidence of global warming.

‘Team Discoverers of Things’ was made up of 16 scientists from 8 countries sought to find evidence of global warming by documenting the dimensions of a number of icebergs.

They were left speechless when on day 2 of their expedition they came upon an iceberg of huge proportions that would change their perceptions forever.

“Well, it was like a great big mountain,” explained Sophia Urdan, “we boarded it and were busy carrying out various experiments and information gathering when Michael plunged his camera equipment into the water. We had to club some seal to make way for our equipment obviously, but all for a good cause.”

“Which when I think about now it makes sense, given that specific turn of phrase, but we were shocked, so shocked in fact I raised my hands to my face and due to the cold they’ve been stuck there ever since. I’m just thankful I didn’t have an itchy bollocks at the time.”

It is not yet known what this discovery does in the wider debate on climate change, but Noel Mulcahy, lead scientist on the expedition remains optimistic.

“I mean we could investigate what is actually ‘a whale of of time’ while we’re up here, how long exactly is a ‘donkey’s year’ and we may definitive proof of how one becomes ‘the dog’s bollocks’. The possibilities are endless,” Noel concluded.