PRESIDENT of Iran Hassan Rouhani has owned up to a string of attacks on oil tankers in the Gulf of Oman, citing boredom and an itch to scratch when it comes to starting a war with the biggest military industrial complex in the world. Sick of decades of relative peace and prosperity in the middle eastern nation,… Read more » US President Donald Trump has turned the nation’s attention to the middle east once again following a failed coup in Venezuela and a massive war itch to scratch, WWN can confirm. Issuing a warning from America’s now official announcement platform, Twitter, Trump wrote the following words, all by himself: “If Iran wants to fight, that will be the official… Read more » SOME of the world’s leading organisations, including NATO and the UN, have today agreed to proxy all future wars through the middle eastern state of Syria, paving the way for countries to finalise their disagreements with minimal collateral damage in their own territories. The new ruling will allow warring nations to set up 20 military bases each across the Syrian state, with the… Read more » 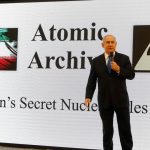 IRASCIBLE Israeli prime minister Benjamin Netanyahu is itchin’ to do some bombin’ according to sources, with reports coming in that if he doesn’t bomb Iran soon, he’ll ‘do the fucking bop altogether’. Keeping a low profile after international condemnation for an assault on Palestinian protestors last month, the Israeli premier turned his attention to Iran with… Read more » 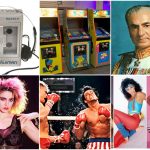 THEY say some things never go out of fashion, they just take a break for a while, and that’s certainly true for many of the things we loved from the incredible decade that was the 80s! Fashions, trends and dreads from the 80s are back with a bang… keep an eye out for these 6… Read more »