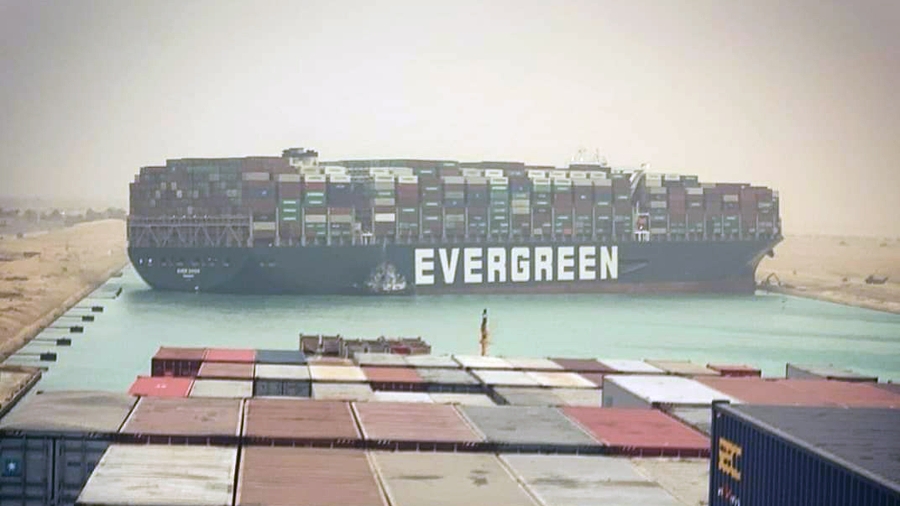 A ROUTINE competency test for a ship captain turned into a nightmare after the individual failed a basic three point turn test in the Suez Canal, WWN can confirm.

“What are you writing on your little clipboard? Did I do something wrong? Stop writing! Oh shit not again,” the captain was heard shouting in despair at their driving test instructor as the sound of the ship’s massive hull screeching against the canal walls could be heard from miles away.

The captain, who WWN has decided not to name in this publication to save their family from reputational damage and shame, had been in the middle of taking what is believed to be their 18th unsuccessful container ship driving test. Woman everywhere are believed to have breathed a sigh of relief when informed a man was operating the ship.

“Bless him, the nerves get to some people more than others, he’s been on rolling provisional licences for about 12 years now,” confirmed one source, who said the situation wasn’t helped by the captain performing the three point turn while vessels delayed by the test blasted their horns in an act of impatience.

Cursing having to do the test in a vessel without power steering and claiming he’s ‘more used to an automatic’, the captain will, for safety reasons, take his next test in the wide open expanses of the middle of the Pacific Ocean.

Elsewhere, the Irish government regretfully informed the Irish public that impending vaccine supplies were onboard the ship, which would conveniently explain any further delays in the mismanaged rollout of already received vaccines. A run of bad luck has also seen Irish vaccines supplies washed away in floods in Sydney.