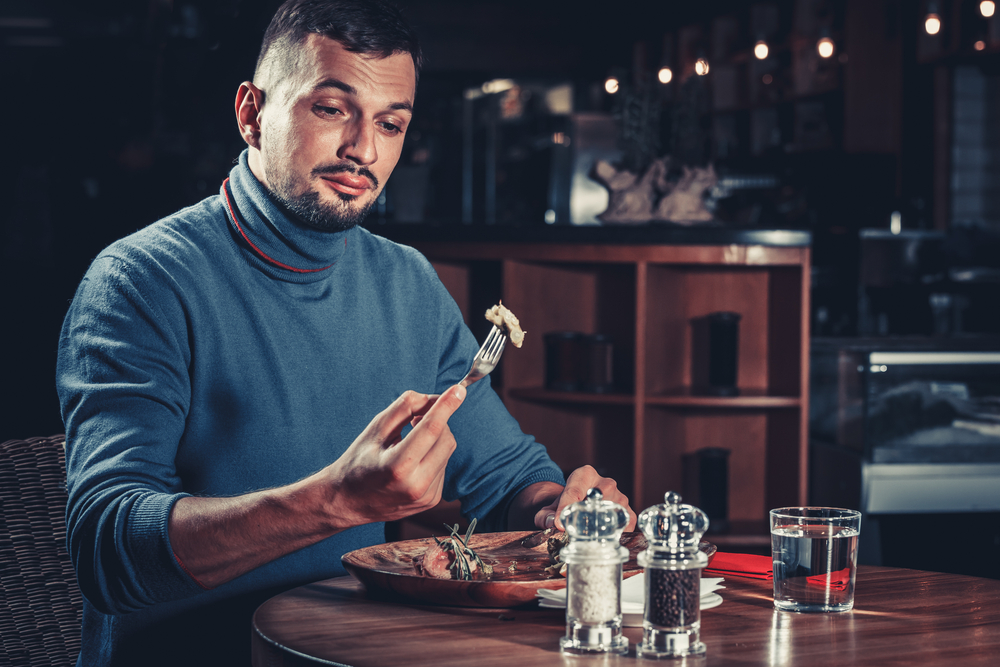 FOR plumber Andrew Skelton, tonight’s 3-course-meal in Martello’s restaurant was by far the best he has eaten in twenty years, despite visiting only eight restaurants in that same period.

Skelton (37), immediately took the opportunity to check in on Facebook, before then writing a detailed account of his food, with a series of photographs to match.

“They even give you two different sized forks and two knives when you sit down, catering for the obese people, which is great” he began, unknowingly using the main course cutlery first. “The garlic mushrooms with a special white sauce were only divine,” he added, before correcting himself “Actually, that sauce was garlic mayo, I’m told, still lovely though”.

Opting for fillet steak as his main whilst ignoring a whole galaxy of food he has never tasted before, the father-of-children couldn’t put into words how amazing the 10oz lump of cooked meat tasted.

“I can’t even put into words how tasty this is,” he updated his Facebook status. “I would thoroughly recommend the steak to anyone who hasn’t tried steak before”.

Finishing on profiteroles with chocolate sauce, Mr. Skelton was now haemorrhaging food based jargon under the influence of three glasses of ‘Peanut Gretio’.

“This is by far the best restaurant I’ve ever been to,” he concluded, now taking a red faced selfie with his wife Jane, who was by now sick of him being on his phone all night. “Five Michelin stars I give it”.