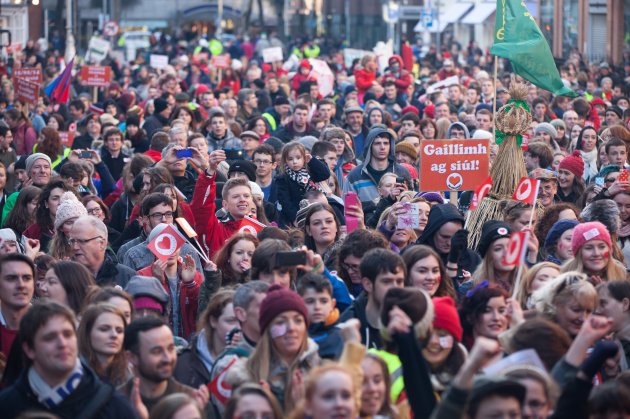 A week after a 10,000 strong protest took take place in Dublin, another protest was carried out by those seeking protection for the Irish language.

Yesterday’s protest took place in Spiddal, Co. Galway and was yet another strong indication that Irish speakers are unsatisfied with the Government’s handling of the Irish language.

In response Minister of State for Gaeltacht Affairs Dinny McGinley has sought to understand Irish speakers plight. “No, sorry, haven’t a clue what they’re saying, I used to be able to get away with randomly shouting ‘cúpla focail’ and that would be that” Min. McGinley told WWN earlier today.

“I’m told they want their views heard, have they tried speaking English? I mean, how do they think I’m going understand them with that nonsense coming out of their mouths?” he added.

When it was pointed out to the under fire minister that he was in charge of Gaeltacht affairs and should probably know some Irish he was stern in his response.

“Could you not protest in English? Please, I’m not asking much. I’ve grown up speaking English and now you want me speaking another language just to get my point across?”