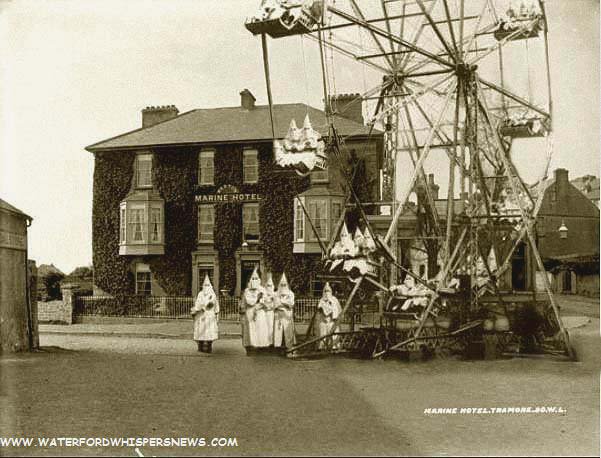 The Waterford branch of the KKK originally erected the first ever Tramore amusement ride back in 1944.

The ferris wheel was a huge attraction at the time and it was located right outside the train station for all visitors to see.

Thousands of beach goers would ride the 50 foot ‘wheel of steel’ every summer at a cost of four pence per person sharing.The term ‘down around’ was later coined as the wheel span religiously around and around while being stationed in a generally low location.

As a mark of respect to the group who ran it, every person was given a white sheet with eye-holes to wear while they sat admiring the sea view.

Due to the massive influx of asylum seekers in 1999 and the rides subtle racial undertones, the Ku Klux Karnival wheel had to be eventually dismantled.

The parts and white sheets were later used to refurbish the ghost train in 2003.