THE TRIED and tested contraceptive method beloved by Irish men for centuries is under fresh scrutiny after women have confirmed ‘enough with this bullshit’, GASH can confirm. “What’s that?” responded 90% of Irish men recently surveyed about the existence of condoms. “But it doesn’t feel as good,” they added despite claiming to have never heard… Read more » LABELED as a ‘real smack in the face’ to single people who haven’t got the ride in donkeys years, the HSE have issued essential sex advice and information to the fuckers and fuckees of Ireland, discussing the best sex related hygiene practices and general dos and don’t during these pandemic lockdown times. While singletons who… Read more » 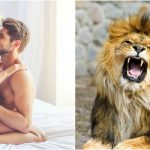 THOSE who pride themselves on being good at sex often declare they are either simply ‘animal in the sack’ or ‘an animal in the sack’. If you are part of the 100% of people who claim to be nothing other than amazing at intercourse, we’ve got just the test for you. We’re satisfied that you’re… Read more »