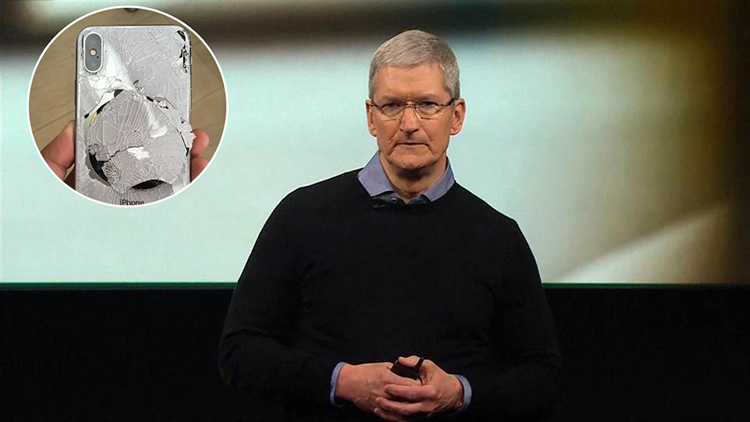 APPLE CEO Tim Cook has responded to claims that the casing on the new iPhone X is not as durable as previous models after several videos emerged of customers successfully shattering the glass material after dropping them from a height several times.

The much-anticipated handset, priced from €1,100, only went on sale last week and has already gained a reputation for being the most brittle model yet.

“Just an idea, guys, but maybe try not smashing them off the fucking ground,” advised a very annoyed looking Apple CEO, Tim Cook, today at a conference in California, “it’s a smart phone, not a fucking sledge hammer. You do smartphone things with it, not idiot phone things”.

The new iPhone features glass on the back as well as the front, in part to allow for wireless charging. The glass itself is more durable than any iPhone before, and Apple have been gradually using stronger and stronger materials in an attempt to stop them smashing.

“We obviously didn’t account for morons buying the device, just to break it; it’s not something any tech manufacturer has on their checklist,” Cook added, “for our next model, we’ll probably just use bubble wrap, yeah, fucking bubble wrap. How do you like them apples, assholes?”

“You know, I’m kind of glad Steve isn’t alive to see this shit, because he’d probably just die again if he did,” Cook concluded.