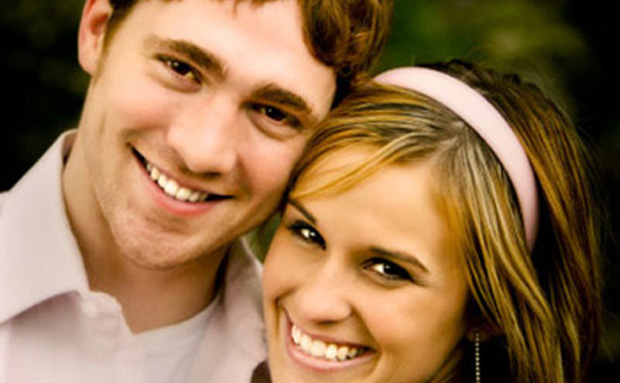 A RECENTLY engaged couple said they are fooling absolutely everybody with their latest barrage of ‘Lovey Dovey’ Facebook posts, a source close to the pair has revealed today.

David Ward and Laura Woods explained to long time friend Patricia Delaney how they were ‘pulling the wool over everyone’s eyes’ by posting ridiculous messages of love and admiration to each other online.

“I was shocked to find out they were not the happy loving couple they made themselves out to be on Facebook.” said Ms. Delaney (33). “They would write such nice things on each others wall like: ‘My Laura is the best girlfriend in the world. She made me my favourite dinner ever today. I love you pet.’

“Laura even wrote one time: ‘I don’t know what I’d do without you David. You rock my world so much xxxx’

The couple, who got engaged on the 15th of June this year, have since been finding it more and more difficult to maintain a happy existence with each other.

Mr. Ward moved into his partner’s apartment soon after the engagement and it wasn’t long before cracks began to appear in the 5-year relationship.

Delaney stated: “At the dinner party yesterday they broke down.”

“They later said they only found comfort when pretending to be a flawless couple on Facebook.

Experts believe that couples who insist on publicly displaying their affections for one another are the unhappiest, compared to those who don’t involve everyone in their business.

In a statement to WWN, the couple said they would continue their charade regardless of yesterday’s admission, and promised some more  ‘juicy Hallmark type love phrases’ in the coming year.