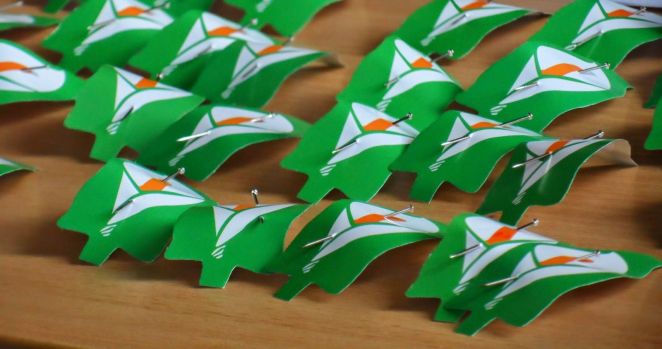 HUNDREDS of Sinn Féin volunteers have been sent into the Lily fields in a bid to shore up their pitiful harvest of paper flowers ahead of the Easter bank holiday weekend.

It is believed that a tough election season combined with the over-exposure of the 1916 Rising centenary has led to the failure of large swathes of the Lily crop, prompting SSF chiefs to bring on more staff to try and gather as many as possible before Saturday.

Interns and volunteers will take to the fields to pick as many of the green, white and gold badges as they can, before passing them on to Sinn Féin activists for sale in pubs and outside shopping centres across the country at the weekend.

“The Lily crop supports us throughout the year, and I’ve never seen such a poor harvest as this one,” said party spokesman Mhairch O’Mhailleaighct.

“We depend on the Easter Lilies, so we’ve sent as many bodies out into the fields to gather as many as they can. if we don’t boost the stock we have in the Lily silos, we may just have to hike the price of them”.

In better news, O’Mhailleaighct went on to say that the An Phoblacht crop was still thriving.