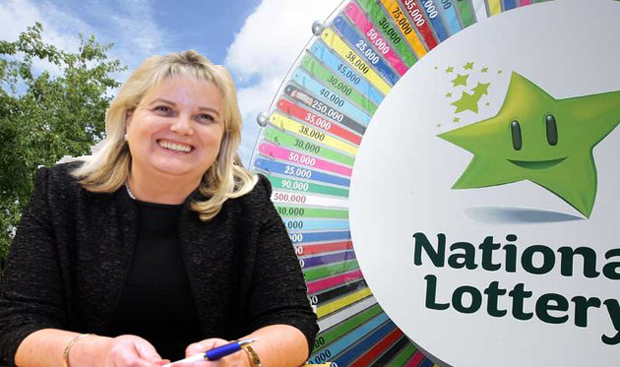 REHAB GROUP’S Angela Kerins said today that her current salary of €240,ooo is very much like spinning the Winning Streak wheel every year and hitting the jackpot, and said she empathises with contestants who are constantly being hounded by friends and family for ‘a leg up’.

The Chief Executive Officer told WWN that since news of her annual wage hit the headlines, she has been inundated with calls from people looking for a lend.

“Such a bunch of scroungers!” she exclaimed. “You see, this is why I didn’t want to go public with my salary in the first place. I knew this would happen!”

So far Ms. Kerins has made over one million euros since taking on the role of Rehab CEO, and admits her happy bubbly nature is attributed to her current bank balance.

“They say money doesn’t bring happiness, but it sure can put a smile on your face.” she joked while throwing 50 euro notes around her office. “Just look at me; I’m beaming here. I can’t remember the last time I had to worry about money or a decent haircut. Weeeeeee!”

Pressure came to reveal her annual take-home after Justice Minister Alan Shatter revealed the lottery scratch cards sold by Rehab made a surplus of just €10,000 despite sales of €4m in 2010.

Ms. Kerins claimed at the time that most of the company’s profits were spent on playing winning streak scratch cards for fun.

“They’re just so addictive.” she claimed. “But I have decided to stop gambling the company’s profits on scratch cards for the time being and focus more on my job. Whatever it is.”

The Angela Kerins story is expected to fade away into a media abyss later this week, before being totally forgotten about by March.