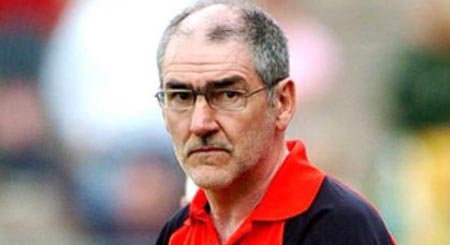 YESTERDAY’S action in Croke Park saw a triumphant Mayo team march toward the All Ireland football final while the losers, Tyrone insisted they had no desire to progress.

In a carefully assembled press release Tyrone sited several instances where Tyrone were in fact the team with the least desire to reach the final.

Tyrone’s manager Mickey Harte, was quoted in a press release several times which sought to dispel the myth that Tyrone wanted the Sam more than any other county.

“Fact: Mayo probably wanted it more. Fact: Sure isn’t an awful hassle taking that trek down to Dublin in the car. Fact: We’ve sort of had a word with each other and said we would hardly wanting to be doing that again”.

A classy Mayo performance saw them win over Tyrone by 6 points but Harte insisted his team ‘aren’t that bothered’.

“Look there has been plenty of media-types suggesting Tyrone were looking a place in the final and that’s is simply a falsehood. Fact: It costs more than a few bob for the supporters to follow us around. We thought it best to take that financial pressure away from them.”

In the press release which was circulated at the post match interviews Tyrone stated they were the only county to speak out against the idea of an All Ireland final.

They went on to claim that it ‘puts a bit too much pressure on the lads and is not in the spirit of the game’.