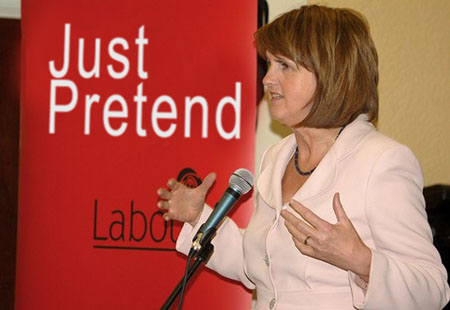 THE Minister for Social Protection, Joan Burton, has warned today that the long term unemployed must now ‘pretend’ to look for jobs or they will be ‘threatened’ with losing their benefits for ever and ever.

Ms. Burton said the new scheme will introduce  a whole new level of document manipulation, where people who don’t particularly want to work can engage in fraudulent activities from their home PC’s.

She said: “There are plenty of editing programmes available on the internet to play around with.”Photoshop can easily be downloaded for free on Torrent, so people have no excuse when pretending to look for work.”

Ms Burton warned that some guy in Cork had already lost his social welfare benifits for handing in a ‘job decline letter’ which was dated 2003.

“It is important that there are no mistakes on the looking for work forms.”

“Amateurism will not be tolerated. If you’re going do it -do it right!” she added.

People on long-term benefits will be forced to hand in hundreds of doctored forms, creating more work for the already spread-thin civil servants.

The social welfare department will also issue thousands of overly complicated questionnaires relating to every little detail of your life.

If the chosen job-seekers do not fill in the forms correctly they will be cut off benefits without prior notice.

The minister said the new scheme is designed to make people ‘work for their dole’.