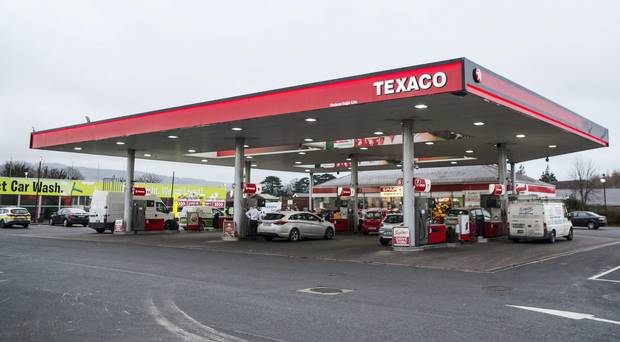 THERE’S some good news on the jobs front in Waterford city today as a local Texaco filling station is to extend its deli counter creating up to one new part-time position.

Owner David Chow said the new position is a testament to the hard work, commitment and innovation of existing staff at the Cork Road service station.

The job, the first in the city for five years, will be advertised on all local media platforms around the county and is expected to draw in thousands of desperate CVs.

Minister for Jobs, Enterprise and Innovation, Richard Bruton, who visited the business earlier claimed it was one of the top success stories in the south east region since the start of the recession.

“This is a very welcome development, and not just for the successful candidate, but for the morale of the whole city and county,” he told a large queue of applicants outside the petrol station. “Times have been tough in Waterford, but now I hope people will realise that there is light at the end of the tunnel.”

The position will be for a multilingual graduate with fluent Mandarin Chinese and intermediate English who will also have the task of working on the forecourt as a “fuel injection technician”.

It is the second major jobs boost for Waterford in 6 years after a Tesco branch announced another part-time position at its busy trolley collection department in 2009.

Mr. Bruton added that this new position showed the country was moving fast up the road of economic recovery.