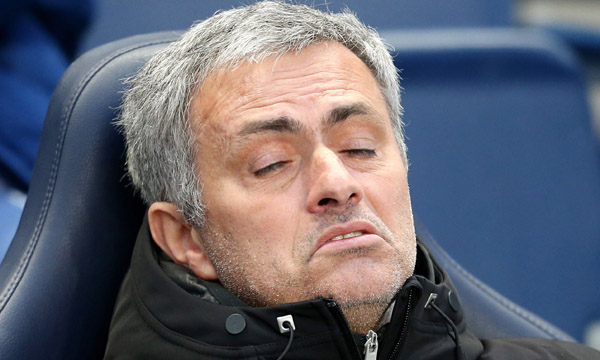 Worrying scenes unfolded today in London as Chelsea manager Jose Mourinho was said to have presented himself at exclusive rehab facility the Priory Clinic after finally admitting he is addicted to mind games.

“When the presumed injured Cech, Terry and Eto’o were all training it was the final straw,” admitted a club insider, “stranger still was the sight of Gianfranco Zola, Marcel Desailly, Ron “Chopper” Harris and the ghost of Peter Osgood kitted out for the reserves,” the insider added.

“The signs were there for all to see,” shared football philosopher Jamie ‘Foucault’ Redknapp, “I’m glad he sought help,” added Redknapp on Sky Sport 8’s ‘Top Top Football Words’ show which airs every Wednesday at 4am.

Sources close to Mourinho had suggested the manager had kept his mind games habit to a healthy 12-a-day maximum but following scenes at Chelsea’s training ground earlier this week senior club officials intervened.

Chelsea’s opponents for tonight’s clash Aletico Madrid, expressed their frustration at Mourinho’s persistent mind games in the run up to the second leg.

“Diverting the majority of the London bus network to Stamford Bridge is annoying, but Jose also sent me all his unpaid parking tickets,” a livid Diego Simone explained in his pre-match press conference.