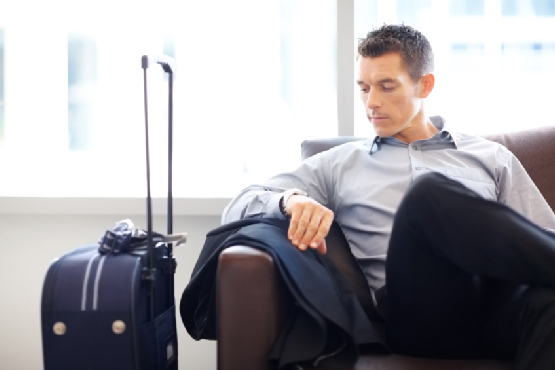 DERMOT Mahony has today shocked family members by revealing his 234th flight with low fares airline Ryanair will be his last.

“I can’t believe what they’ve done,” Dermot relayed to his family as he returned from Dublin airport earlier today. “The airport over there was in the middle of nowhere,” he added with shock despite being very familiar with every aspect of traveling with Ryanair.

Dermot’s return flight from Barcelona flew out of a nearby airport in Morocco, a similar set up to many of Ryanair’s flights.

“And that fucking baggage shite,” Dermot continued despite his family now tuning out.

Dermot did not let the fact that he can recite Ryanair’s terms and conditions off by heart deter the ferocity of his rant.

“Can’t even fit my guitar on board without paying through the nose, and I was shocked by the lack of leg room.”

“They had us standing outside, waiting to get on the plane in the rain for about 15 minutes,” Dermot said as if this hadn’t been the case on any of his previous 233 flights.

“I’m telling you, I won’t be flying with that crowd again, that’s for sure,” he added unconvincingly.

Dermot neglected to add that Ryanair had transported him, a human, through the skies at incredible speeds in a metal tin without killing him for the 234th time.

“And that fucking ‘on time’ jingle drives me mad,” Dermot continued as his family left the room.