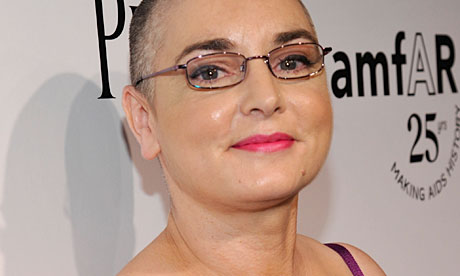 Lovable baldy, Sinead “what’ll she do next?” O’Connor has written yet another open letter, this time to herself.

Following on from previous open letters to Miley Cyrus, and more recently TD Alan Farrell this morning, O’Connor has completed a nice little trilogy by penning an equally preachy piece to herself.

In contrast to the previous two letters, posted on the singer’s website, O’Connor has instead scrawled this one on the inside of her left thigh, initially in blue pen, but later changing to red due to “inking issues”.

O’Connor has since voiced her disappointment at the forced ink colour change, stating simply that “Nothing compares to blue.”

We await the next effort open letter with great anticipation.