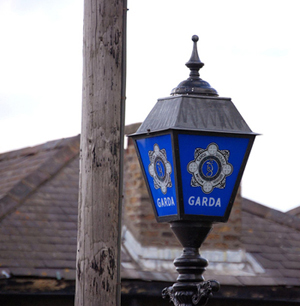 A man being questioned over the violent death of a 74 year old Kilkenny man has been released by murder squad detectives after successfully answering 35 TV soap murder questions correctly.

The man, in his early twenties, was arrested in connection with the killing of Paddy Burke in Waterford city.

Gardai stated that the man seemed to have no problems in answering the questions in the allotted time given.

He completed the quiz in 40 minutes.

“He even knew the answer to the ‘who shot JR from Dallas’ question! Me and the lads were well surprised at that one. We all taught he’d be too young for that.” stated Supt Gerrard Manning, head of Ballybricken Garda station.

The body of the 74-year-old was discovered last Monday at his home in Urseline Cresent, in the lower east side of the city.

Investigators detained the man in Waterford city on Monday and he was being held in under Section 4 of the Criminal Justice Act.

It is understood he was released without charge and given a fifty euro voucher for Dunnes Stores for completing the quiz and answering all the questions correctly. They are now preparing a tougher quiz with the Director of Public Prosecutions.

Detectives said they would not release the results of the post-mortem examination for operational reasons but it is understood Mr. Burke suffered head injuries or something like that.

Gardai have appealed for anyone with a good general knowledge background to come forward and answer a few questions.