A LOCAL man’s decision to surprise his wife with a bouquet of flowers for no particular reason has gone about as well as can be expected, with the subsequent argument about ‘what has he done’ now entering its fourth hour. Michael Gannin, 36, picked up the €37 bunch of flowers after passing a florist earlier… Read more » 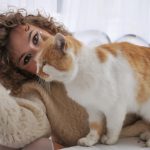 DESPITE the best efforts of cat owners, it has been confirmed that your cat has zero interest about how your day went. While many cat owners return home from a hard day at the office to regale their pets with tales of how much of a bitch Sharon in accounts is, it is believed cats… Read more » 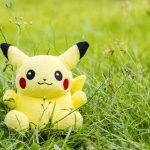 THE barbaric practice of Pokemon hunting in this country has finally been made illegal after years of lobbying from pro-Pokémon rights groups, WWN has learned. While not native to Ireland originally, the government received a gift of Pokémon from the Emperor Hirohito of Japan in 1948, and their numbers swelled as they mated and continued… Read more » 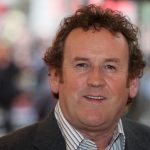 IN an emotional ceremony attended by high profile dignitaries and the Taoiseach, Colm Meaney was officially appointed to the office of the Nation’s Da. Meaney, a renowned Irish actor and performer, is believed to have beaten Brendan Gleeson, Christy Moore and Liam Neeson to the title, and received the seal of his new office in… Read more » BRITAIN’S Queen Elizabeth II has today officially handed over the deeds to Northern Ireland back to the Republic of Ireland, in one of the most memorable and emotional ceremonies of the past 100 years. Flanked by party leaders from both sides of the border, the 90-year-old monarch thanked the people of Northern Ireland for remaining… Read more » AN ANGRY Irish public has pointed out for what must be the 100th time that it would not have to express its anger after learning of corrupt charities ‘if the government just did its fucking job’. Shortly after news reached the Nation that a group of reprehensible people had chosen to run the Console charity… Read more » 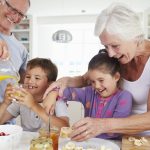 DOTING grandparents Sheila and Graham Courtney stand accused of being far nicer to their grandchildren than they ever were to their own children, WWN has learned. “She’s doing that weird thing she never did when she played with us when we were kids,” disgruntled son Ciaran shared with his sister Anne after seeing his mother… Read more » 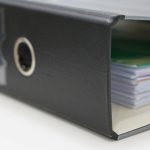 NEW research emerging from a five-year study has revealed that there are some people in this world that you can only help so much before you have to leave them to sort things out for themselves. The globally conducted study confirmed that while many believe they are doing their best to help friends, relatives or co-workers,… Read more » 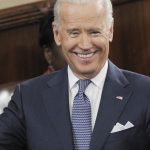 US VICE PRESIDENT Joe Biden’s historic visit to his ancestral home of Ireland was made all the more special by the government gifting the politician the Book of Kells. Biden was seen in Mayo yesterday visiting the home of grandfather, which was discovered by the government when they decided they wanted a big and famous… Read more » THE people of Ireland have announced plans to distance themselves completely from US presidential hopeful Donald Trump, starting with the construction of a huge wall around his golf club and resort in Doonbeg, Co. Clare. The wall, which promises to be a mighty thing altogether, will encircle the plush country club and hopefully keep Trump… Read more »