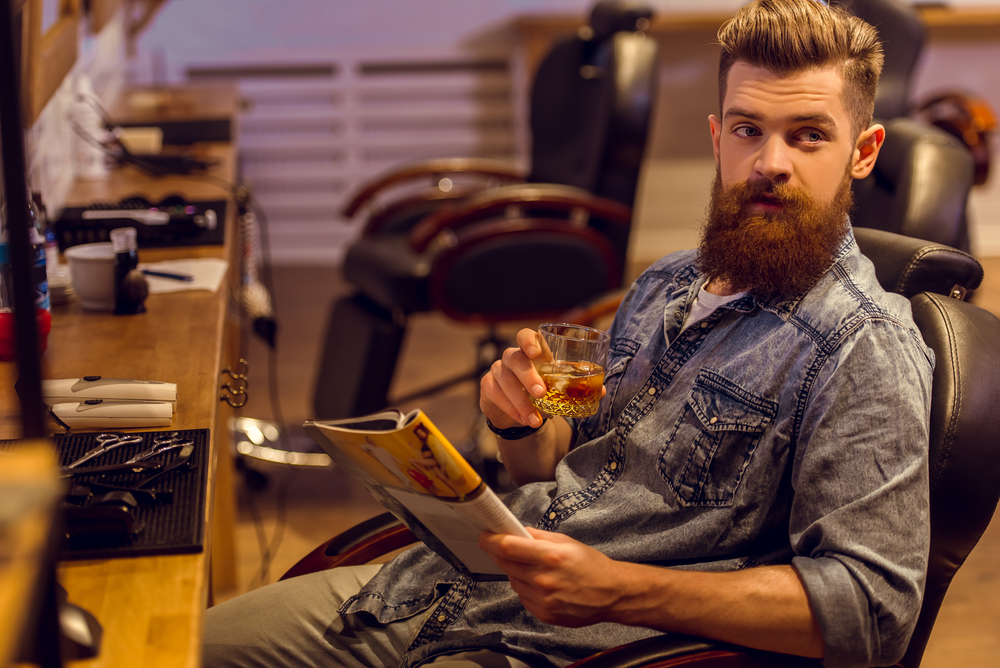 LOCAL try-hard Donald Ryan has announced to just about everyone he meets that he’s now ‘into the whiskey’, following several painful years of promoting craft beer, wine, gin, basically any alcohol trend that was going at the time.

Desperate to disguise his habit under the label ‘connoisseur’, Ryan admits to never refusing the ‘occasional shot’ of whiskey in his favourite haunts, with the majority of Ryan’s whiskey drinking occuring via the free samples given out by hipster barber establishments which look like they’re trapped in an episode of Peaky Blinders.

“You can really taste how that cask finishing pays off in the end,” Ryan expressed at his latest barber choice, conveniently chosen by the ‘free whiskey’ offer he saw online last month, “although, the cooperage on those barrels is standard, you can really get the hint of the aged oak. And that extra long lyne arm they use to carry the spirit vapours to the condenser really pays off in the end”.

Now ‘nosing’ the last of his complimentary measure, Ryan’s newly found barber ushered him to his chair.

“So what will it be this time, pal, weren’t you’se here only last week again?” he asked his latest ‘regular’, “is it a bleedin’ haircut ya want or just to talk bollocks about the free Jack Daniels knock off ya got?”

“Just a trim,” Ryan retorted, ignoring the hostility like a pro, familiar with the tone that several previous barbers had who copped on to his leniency towards free booze, adding, “you do student discounts, right, chief? Christ, how did we ever drink those god awful craft beers back in the day ha-ha; whiskey’s where it’s at now,” now hinting at his empty glass with a nod, “you’re definitely one of the best barbers I’ve had, chief, keep ’em coming, man” he said before being fucked out on his ear.