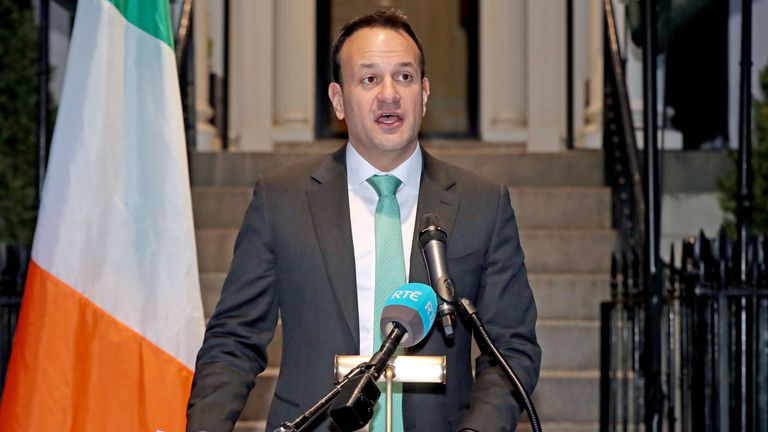 WITH TAOISEACH Leo Varadkar confirming the need to temporarily close schools, creches and colleges along with guidelines on limiting public gatherings and events to limit Covid-19 spread, the Irish people have come together as one and officially agreed to raise Ireland’s emergency preparedness levels above “sure it’ll be grand” for the first time in its history.

“Ah yeah, alright, fair enough,” confirmed Ireland, the usually unfazed tis-a-big-fuss-over-nothing nation, acknowledging the severity of the situation and the need for unified action and commitment to fight the spread of Covid-19 and protect those among us most vulnerable to the virus.

In scenes that would bring a tear to the eye of the most cold-hearted of individuals, contrary arseholes have been stood down from duty, angry people who always have issues with authority figures have agreed to cease all activities and gossiping neighbours have made a vow to put a temporary restriction on the circulation of unverified rumours that only spread panic.

“For this limited time – gone is the Ireland of hearing a fire alarm go off and shrugging ‘cus sure it’s probably nothing, replaced by the ‘yeah, in fairness, they have a point’ deference to experts,” confirmed a normally obstinate and dismissive begrudger.

“You won’t hear any complaints from us,” confirmed conspiracy theorists, who in moving scenes, laid down their tinfoil hats for at least the next 12 hours or so.

Aside from heeding HSE and government advice the new status of “Alright, Fair Enough” comes with special advice and protocols, which include offering support and assistance to the most vulnerable in society and offering help to anyone else who may need it.