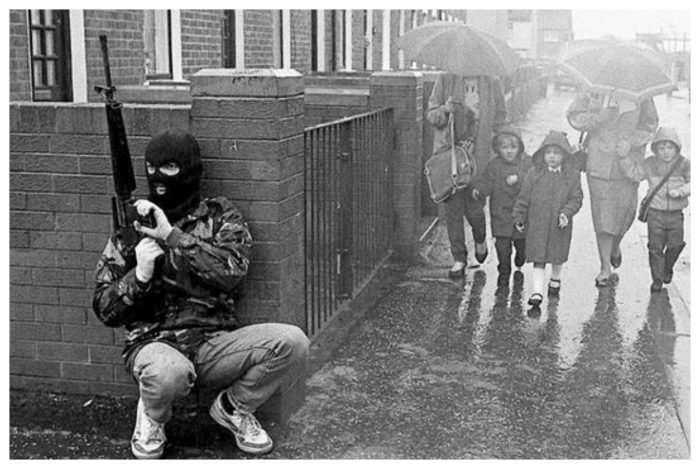 CONSULTING a whiteboard with hastily written plot outlines from Hollywood time travel sci-fi movies on it, Micheál Martin and Leo Varadkar have been frantically explaining why 24.5% of the Irish voting public could have set off a sequence of events that could result in a rip in the space time continuum.

“Marginalised Loyalist paramilitaries could strike out, Republican paramilitaries; emboldened by a Sinn Féin party in ascension could return to violence as their impatience grows over a United Ireland,” explained the leaders of Fianna Fáil and Fine Gael, desperately trying to relay the dire warnings to the Irish public yet again.

Scribbling with ever increasing urgency, the leaders tried to predict where and when the portal would open and what apocalyptic dystopian film it would most resemble.

“It’ll be like Universal Solider with accents harder to understand than Jean Claude Van Damme or Starship Troopers but instead of giant alien insects it’s Shinners. Jesus people, do you all want to be transported to 1970s Belfast, or worse Derry in 2020?” added Martin and Varadkar, who were spending more time hanging out these days it seems.

With their warnings failing to ignite any substantial worry in a predictably placid Irish public, the leaders had no choice but to smash through a box mounted on a wall marked ‘break glass in case of voters done with your shit and read’.

“If Sinn Féin form a government, the worst, most horrendous fate awaits you; the price of your house will fall,” the sombre leaders read from the emergency communication, awakening a violent revolt against Sinn Féin among the home owning section of the electorate.