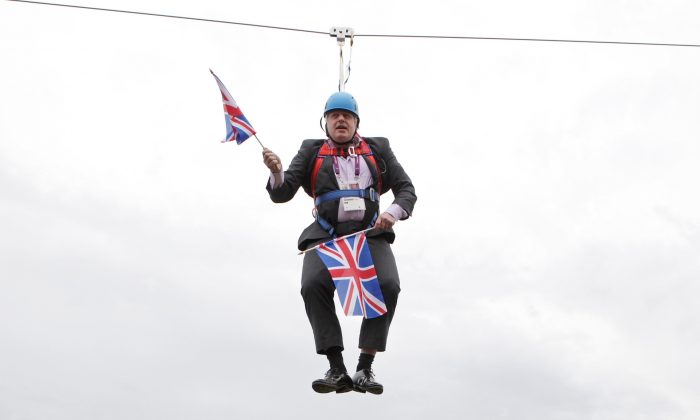 DESPITE all available facts which should act as a deterrent, the fucking Brits are really entering into the finals stages of creating such a morally bankrupt society that Boris Johnson can waltz into the position of prime minister.

Johnson, who has dedicated his life to only providing proof of his insidious ineptitude, finds himself topping the votes in the first round of Tory leadership voting, even though his two brain cells lost touch a long time ago and refuse to speak to each other.

While Britons look to pin the blame on the members of the Tory party, it has been pointed out that Johnson was the directly elected Mayor of London, twice, and elected as an MP, so no one is getting out of here without acknowledging their culpability.

“Don’t overestimate us, we voted for Brexit,” confirmed one fed up Briton.

Britain, not blessed with political leaders of substance for some time, have failed to come together and plot a way to keep the serial liar from the highest political offices.

Even with myriad scandals and actions which serve as a constant source of national embarrassment for Britain, Johnson still has 3 years left to run on his ‘well, it’s okay ‘cus he’s a funny kind of posh’ card which covers him for acts of racism, corruption, classism and naked self advancement.

The fact that his rivals for Tory readership include that creepy uncle your family doesn’t talk about anymore, a looped video of a car crashing into a wall, a wolf who keeps saying ‘I’m going to eat you’, cocaine and a particularly strong strain of Gonorrhea, is seen as no excuse for still being in this position.