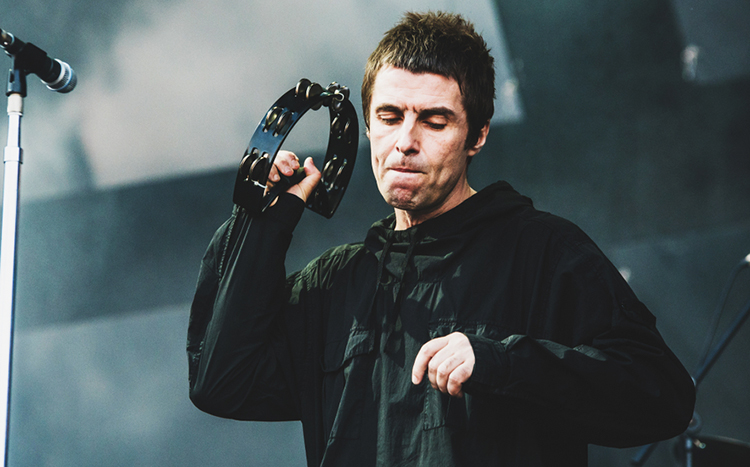 BRITISH tambourinist Liam Gallagher has revealed he has spent decades mastering his musical instrument of choice without ever receiving any lessons from an outside source, stating that being “self taught” is the key to his stunning success.

In a tell-all interview with WWN, Mr. Gallagher said he used to “tap desks” in school with his fingers, before progressing to shaking restaurant salt shakers in his mid-teens.

“At that time it was all fucking guitar wank this, piano pansey that,” Liam recalls his time growing up in Manchester as a struggling musician, “I always thought that mainstream shit was too easy, ya know. Not for me, our kid”.

Liam’s first memory of picking up the tambourine was when he was just 15-years-old, wowing his peers and budding musicians alike with his unique over the head shaking style.

“Noel and his mates were practicing one day playing a riff and without thinking I just picked up the tambourine and started shaking it over me head,” the 46-year-old went on. “Noel said I was right good and had a natural talent for shaking shit, innit?”

The Oasis frontman went on in detail about his rigorous tambourine practice routine which sometimes interfered with his academic studies.

“I used to doss off school an’ that and shake all day,” he recalled. “I’d shake so much that I had one hand bigger than the other and all the other kids in school would slag me off for being a wanking cunt. That’s when I started hiding my hands behind my back when performing”.

It wasn’t until late 1995 when Liam realised there could be a career ahead of him as a professional tambourinist.

“Bob Dylan’s song tambourine man was a huge inspiration to me; all my life I just wanted to be the best tambourine man that ever lived, and when Wonderwall hit, I knew that this was tambourine time and I was on to something truly fucking special,” he said.

“The whole country just kept going on about how good I was on tambourine and things just really took off for the band from there”.

Oasis went from strength to strength and soon became known as the world’s number one tambourine band. However, after years of internal feuding and jealous behaviour from brother Noel, Liam knew that Oasis’ time was over.

“Noel was always envious of my tambourine playing and I think that’s what really drove us apart,” Liam reveals, now caressing a tambourine in his hand. “If I had the chance to go back in time, I wouldn’t change a fucking thing… fucking tosser”.