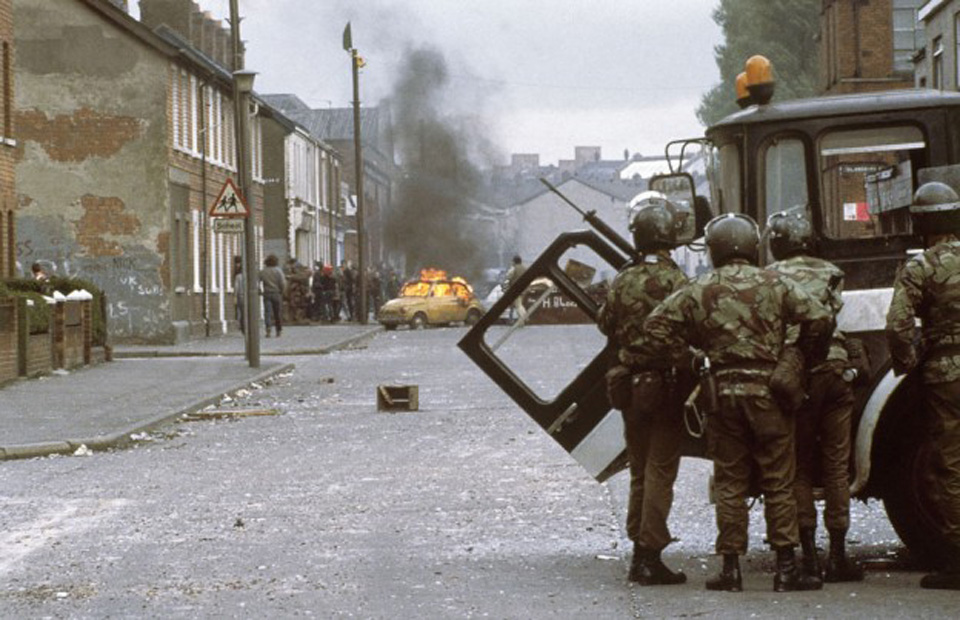 IN AN EFFORT to help the reality of the UK, Northern Ireland and Ireland’s shared history really set in for Britons who gaily dismiss concerns about a hard Irish border, historians and residents on the island of Ireland have formally agreed to change ‘the Troubles’ to ‘Bloody Fucking War!’ to see if that helps.

The decision to rename the Troubles was taken as in recent months and years a succession of people who make up the ruling class of Britain seem unable to treat a war which saw close to 50,000 people across Northern Ireland and England suffer injuries with anything other than a dismissive and condescending chuckle.

“We initially went with ‘Bloody Fucking War which devastated generations, decimated prosperity, traumatised children, oppressed civilians and subjected everyone to normalising death and violence’ but ‘Bloody Fucking War!’ is just short enough to match British politicians’ attention spans,” confirmed one historian, who admitted to being frustrated over many people’s insistence that the issue of a hard Irish border is about as complex as flicking on a kettle.

Accepting some of the blame, historians admitted that ‘the Troubles’ doesn’t exactly hammer home the barbarity and ruinous violence of conflict.

“The Bother, the Worries, the Slight Inconveniences, the Annoyances, the Unpleasantness were all considered as names at the time, but imagine if we went with Bloody Fucking War! instead. Maybe the likes of Boris Johnson or Jacob Rees Mogg might not sound so ignorant, reckless and dismissive when they talked about Northern Ireland,” concluded a historian, who had far too high an opinion of Johnson and Mogg.

British politicians interested in learning more about The Bloody Fucking War! have been advised to follow the current inquest into the Ballymurphy Massacre in which 11 civilians were murdered by the British army in Belfast in 1971.