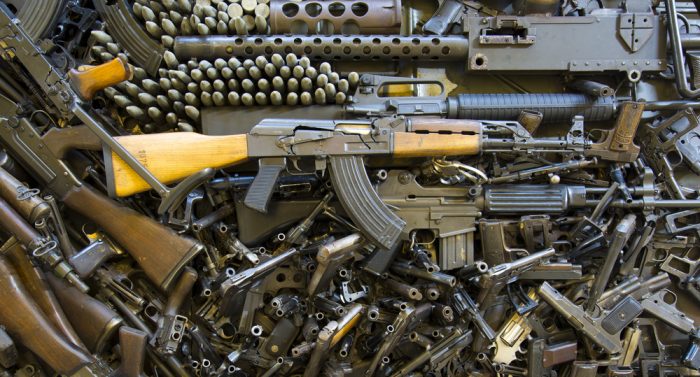 A DISTURBING REPORT issued by the International Centre For Research (ICFR) has estimated that guns are on course to phase out Americans by 2050, WWN has learned.

With the number of people suffering horrific and violent gun deaths in America exceeding 33,000 per year, it is believed when this harrowing statistic is combined with an unwavering commitment from politicians to do nothing, the result will be the total eradication of all 320 million Americans by 2050.

“If current trends continue, the last two standing will go down in a blaze of depressing glory sometime late 2050,” explained head of the report Duncan Morrow.

The ICFR report makes for truly upsetting reading, and begs for immediate action to be taken in relation to a number of competing problems which can all be identified as contributing to America’s gun deaths problem. However, leading Republican politicians who have received the report could only confirm how quickly it burned when placed on an open fire.

“I’m here to reassure you, you may be scared after what happened recently, but America will always be a place that is safe for you,” President Donald Trump said in a press conference in which he talked directly to an assortment of worried firearms, in a bid to reassure all guns that no harm would come them in these troubling times.

Others suffering insurmountable grief and pain after learning of yet more carnage facilitated by politicians paid by the NRA not to change laws have been told to reconvene in the usual places in public and online to voice their anger next time something like this happens again.