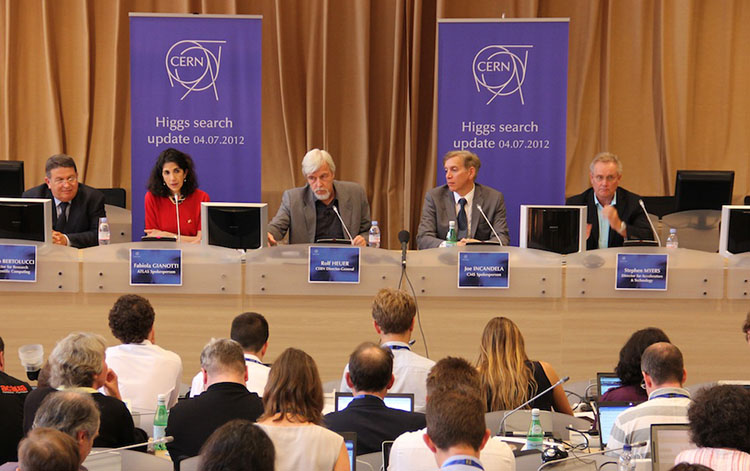 SCIENTISTS at the European Organization for Nuclear Research, CERN, have admitted today to ending the world as we know it back in 2012, while performing experiments into the Higgs boson particle, WWN can confirm.

Speaking at the research facility in Switzerland today, several key scientists apologised for what they’re calling a “terrible accident that has only come to light now”.

The particle discovery capped decades of theory and was an important triumph for the Large Hadron Collider, however, recent experiments carried out by the LHC team have confirmed that not only did they successfully observe a particle consistent with the Higgs boson, but they inadvertently shifted the entire planet into an alternate reality in doing so, ending the previous model.

“Um, we’re really, really sorry about this whole mess, but we accidentally ended the world seven years ago,” CERN Director General Rolf-Dieter Heuer began, “yeah, we fucked up and we know it’s probably a lot to take in, but right now, none of us technically exist.

“I’m not sure any of you noticed the strange goings-on over the past few years, but we’ve shifted into a parallel universe,” he told a now eerily silent media room, “Trump, the rise of the Kardashians, insane wars that don’t make sense, increasing UFO sightings, unpredictable weather patterns; it’s all our fault, and we’re incredibly sorry for the seven and a half billion people now living here”.

The nervous looking team of scientists then warned off even more “crazy happenings” in the future, urging the planet’s population to remain vigilant in this delicate dimension.

“Now, we’re not saying an invasion from strange alien beings is on the cards, but if you could prepare for that kind of thing, that would be great,” Heuer concluded, before hastily leaving the press conference under armed security.