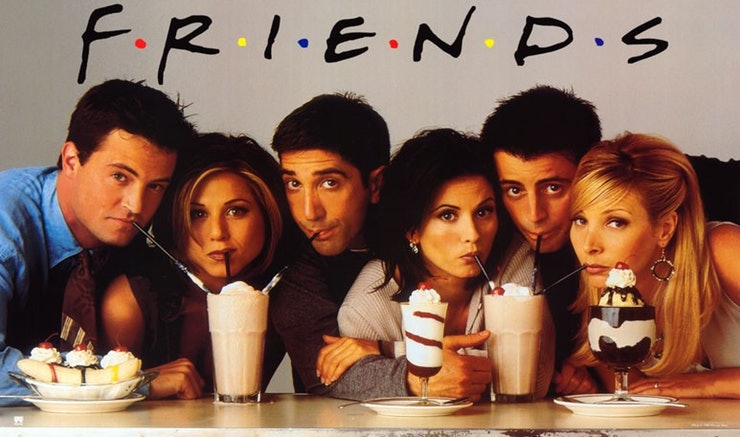 WE here at the gas WWN HerDailyEnterJoement have a gas article for you gas people, which asks the gas question if the gas cast of Friends actually lived in Dublin, what would it look like at all at all?

Apologies for the lack of gifs, but our intern called in sick.

Phoebe’s career as a masseuse would see her working in ‘massage parlor’ run by the Kinahans. She would emigrate to Australia at some point.

After returning from Canada Monica’s career as a chef would suffer greatly after a petty review from Lovin’ Waterford accused her restaurant of killing 400 children with an undercooked omelette. It later emerges that the reviewer was just bitter after failing to get Monica’s number despite persistent nagging, however the damage was done and Monica’s restaurant closed down.

Joey would be living on the streets after years of being asked to work for free on low budget acting projects in order to get his name out there.

Chandler would work for a ‘letterbox company’ based at an address in Grand Canal after a few miserable years in London doing cocaine. Since the letterbox company is just a front for a multinational company to pay fuck all tax Chandler would do no actual work and have to spend his days lying to the gang about what he’s been up to all day. Hilarious japes would ensue.

Ross would have been forced to change careers and retrain as an accountant after failing to find a job in academia.

Rachel, having never fully recovered from working under the stress of a zero hours contract in her local cafe and several years of unemployment, would actually get a pretty class job in Penneys as a buyer. The gang never talk about that one trip to Britain, she took on the ferry.

The gang’s cafe hang out was once their treasured local Starbucks, only for it to be replaced by a local co-op cafe run by a gaggle of hipsters.

Despite staying regular customers, the gang were marginalised and made to feel unwelcome for not being artists or high powered app developers. The cafe would again change hands, being bought once more by a Starbucks franchise, but made to look like it was a locally owned hipster haven. However, for the gang the magic was gone once they started charging four fucking euro for an Americano.

Joey was consistently moved on by Gardaí for sleeping in the doorway of the cafe at night and occasionally begging.

Monica and Chandler would be priced out of Dublin leaving them to commute every day from Laois after being priced out of all commuter towns too. However, they could make do in a one-bed apartment as they’re still on a waiting list for adopting a child thanks to the dysfunctional Irish system.

Phoebe would live with 15 female Brazilian students in a beautiful old Georgian building that was being used by a landlord, legally exploiting loopholes, to rake in over 7,000 euro a month in rent.

Ross and Rachel would be paying €3,000 for a city centre apartment, with the financial pressures slowly driving them apart. Ross would become a frequently toxic and ever present influence in Journal.ie comment sections.

Joey would be on the streets, but on the plus side his biggest and most well received role will have come in the form of posing for a Humans of Dublin Facebook post.

Everyone except Phoebe votes Fine Gael.

Despite stating his concern over his own mental health Gunther is turned away from an A&E department due to overcrowding, the gang never see or hear from him again.