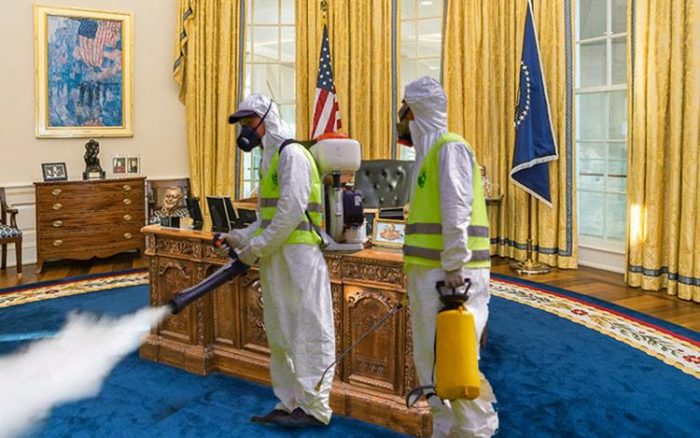 A PARADE of trucks, from several competing fumigation service providers, were seen lining up outside the White House at 7am this morning following reports that the Oval Office may have become infested with noxious bullshit.

“You know, it’s the kind of smell that just lodges itself up in your nose, and gives your gag reflex something to think about,” shared one person who could smell it all the way from his office in the Senate building.

People from far away as New York, Florida, California and Texas subsequently reported the smell to the relevant authorities shortly after President Trump made himself available to avoid discussing those issues most important to the American people with the media.

In a bid to sanitise and clean up the stench, rival fumigation firms have confirmed they will have to work around the clock on the with an unknown cost, and have been candid about the task ahead.

“We can’t be certain, but that office may never be the same again,” bullshit suction pump operator Guillem Sanchez shared with WWN before screaming “we’re going to need a bigger suction pump” to a nearby colleague.

Despite the pungent odour emanating from the Oval Office, President Trump tweeted just moments ago confirming that he couldn’t smell anything, and went as far as to criticise people who had working noses and senses of smell.