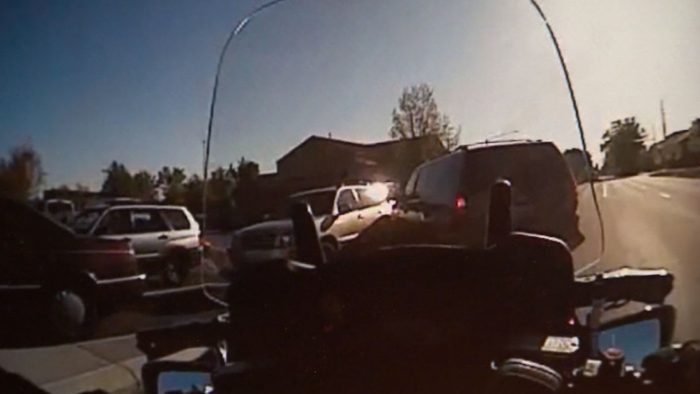 IN what is believed to be a world first for a US police departments, a Wisconsin police precinct has released shocking footage on an officer openly not opening fire on an unarmed black man.

So far absolutely no justification has been provided by the police department for not shooting a black man while he was not being arrested or not resisting arrest, it has been speculated that the police officer in question may have been blind.

“We deeply regret how things unfolded. We have not ruled out suspending the officer involved, and while it may be unprofessional of me to comment on the case I hope they throw the book at him,” the officer’s superior Sergeant Tom Buchansky told awaiting media.

The distressing footage has already been welcomed by individuals who are cynically exploiting the footage in an attempt to calm tensions between police and minorities.

The incident being reported on in the media today is actually dated from as long ago as 2003 and was leaked by a concerned whistleblower who sought to discredit police forces across America by suggesting they don’t shoot all people of colour on sight.

“I denied it then, and I continue to deny those allegations now as I stand before you,” countered Sergeant Buchansky, who was visibly incensed by the accusations leveled at him and his officers.

The black man in the footage was believed to have been walking home from work at the time of his not being shot, and the resulting footage represents an embarrassing PR dilemma for racially insensitive US police officers.

WWN can sadly confirm that the footage is not graphic enough to display in video form below.