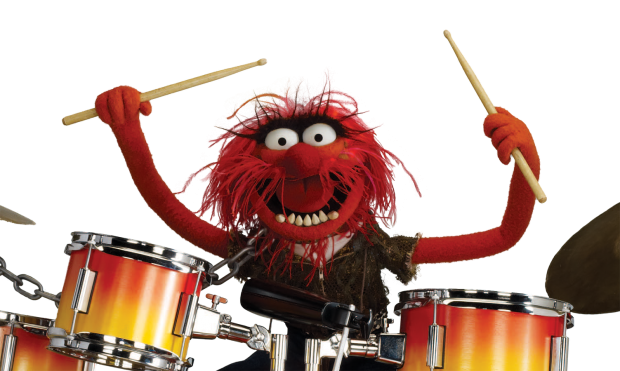 TRIBUTES have been flooding in from all across the world following the death of Animal, the legendary drummer with rock outfit Dr. Teeth and The Electric Mayhem.

Fans of the supergroup were shocked to learn of the passing of the iconic percussionist, who passed away at just 66 following a short illness. Remaining band members Dr. Teeth, Janice, Zoot and Floyd Pepper took to the group’s Facebook fan page to announce the sad news earlier today.

“We will never forget you, brother,” read the statement from the band.

“You kept rocking ’til the very end. Be at peace now, and we’ll play again in that great muppet theatre in the sky”.

Dr. Teeth and The Electric Mayhem had been performing together for several years before their breakout performance on the Muppet Show in 1975. The band were invited to continue as resident artists for the show, but it was Animal’s trademark intensity that won him the hearts of fans all across the world. His popularity won him appearances in every Muppet movie released, with his last role in 2014’s Muppets: Most Wanted.

“Although he had already been diagnosed with threadbaring syndrome, you would have never known he was sick,” said Fozzie Bear, speaking about the filming of M:MW.

Other Muppets were quick to add their own tributes to their deceased colleague, with Miss Piggy stating that Animal was “a driving force in her life”, and the Swedish Chef adding that Animal always knew “how tee bork de bork”.