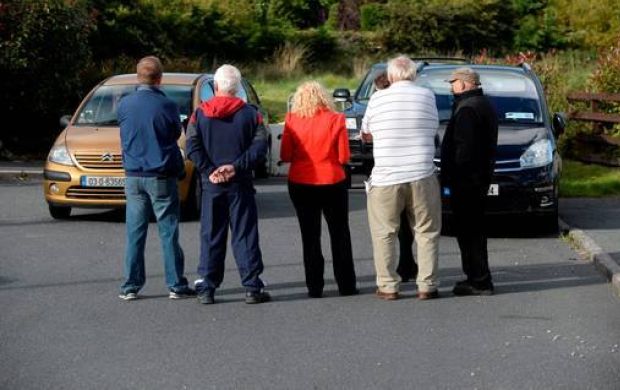 THERE has been fresh clarification from Irish people across the country as to what exactly was meant by the statement “we need to look after our own first”, with the vast majority of upper middle-class people agreeing that such a statement does not extend to members of the travelling community.

The phrase first became popular following the harrowing scenes of the Syrian refugee crisis, after the Irish Government agreed to take in 5,000 people fleeing from war and persecution.

There was a degree of outcry from many who claimed that not enough was being done for people in need in Ireland, and that the needs of Irish people outweighed the needs of foreigners.

However, this motto has been amended over the past week following the tragic fire at a Carrickmines halting site which claimed the lives of 10 men, women and children, and left 15 more homeless.

Although these people were the clearest example of “our own” who needed “to be looked after first”, attempts to re-house them have been met with protests by residents who objected to a halting site on their doorstep. This was followed by a public outcry from people who weren’t offering their own neighbourhoods as an alternative.

“Travellers, single mothers, drug addicts, they’re no longer counted in ‘our own'” said Phelim Morris, spokesperson for the Irish Statement Amendment Board. “When we say ‘we need to look after our own first’, we really mean white Irish taxpayers who have lived here all their lives and contribute to the economy. Basically, people who can look after themselves, and don’t really need any help. Anyone in need of actual help, well, we’re not so interested in looking after you”.

With the phrasing of the statement now rectified, Irish people can now continue ignoring people in need while still feeling a smug sense of smugness at being a charitable nation.