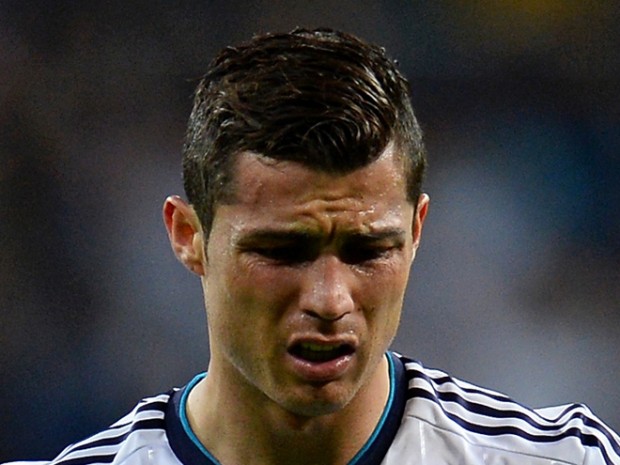 AS the football world heaped praise on the unparalleled talents of Lionel Messi following his stunning second goal against Bayern Munich, an angry and frustrated Cristiano Ronaldo is believed to have taken to Facebook to remind people he scored as well the other night.

Citing a header he scored from close range on Tuesday night against Juventus, Ronaldo asked “what’s the big deal? I score goals all the time too” before adding a follow up status moments later which simply read “Jesus! It wasn’t even that good calm down”. The Real Madrid player then began frantically posting links his own best-of compilations found on Youtube to his social media accounts.

“I wasn’t sure I would climax at all,” explained avid football fan Gary Higgins, “I mean that disguised pass from Rakitic was certainly arousing but then I noticed Messi had actually chipped arguably the best goalkeeper in the world with his weaker foot…that sent me over the edge, the place was a mess”.

The level of excitement and hyperbole surrounding Messi had led to surge of activity online with several individuals seeking to capitalise on a turned on football public.

One such individual living in Barcelona took to Ebay to sell what he claimed were strands of Messi’s hair, suitable as the basis of cloning the footballer. The auction lasted just 2 minutes, with the winning bid landing on a figure in excess of €2 million.

With the second leg of Barcelona’s semi-final tie against Bayern just a week away, many have speculated that Jerome Boateng, left spread eagled on the floor in the build up to Messi’s goal, will not recover in time.

“We have the best psychologists working around the clock to ensure we can save what is left of his fragile, defeated mind,” a Bayern team official told WWN.