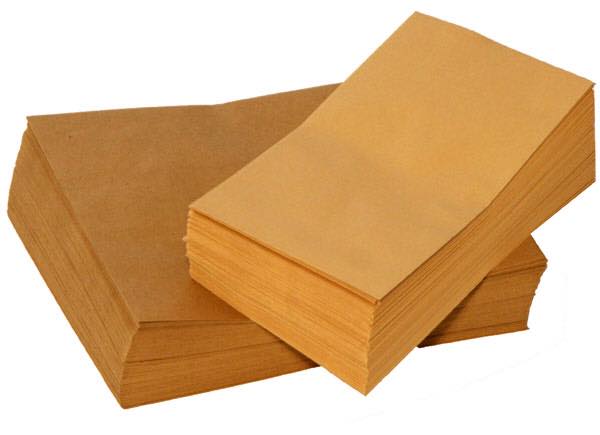 STATIONERY outlets across Ireland have reported a huge surge in the sale of brown envelopes in the past 12 months, bringing figures close to their 2006 peak.

High street retailers such as Easons as well as online firms such as Viking Direct have claimed that the increase in brown envelope demand is nothing short of remarkable, especially in an age dominated by e-mail.

Areas such as Dublin have seen the greatest boost in brown envelope purchases, although every corner of the island has enjoyed significant gains in sales, from local communities to town centres. Figures suggest that consumers are opting for the more sturdy types of brown envelopes, suitable for holding large amounts of folded paper for short periods of time.

“Now, although sales of brown envelopes dropped after 2006, it would be wrong to say that they stopped altogether,” said Felim McCarthy, chief spokesperson for the Stationery Association of Ireland.

“They took a hit, but remained consistent throughout. It is remarkable, however, how much they’ve surged in the past three years, after a huge boost in late 2011. There have been a few instances in the past few months that have seen brown envelopes just flying off the shelves; from lads in wellies to lads in suits, they’re just buying them by the box-full”.

McCarthy wrapped up his speech with words of hope for next year’s brown envelope sales, repeating his mantra that Ireland was “the best little country in the world in which to be a lad who sells brown envelopes”.