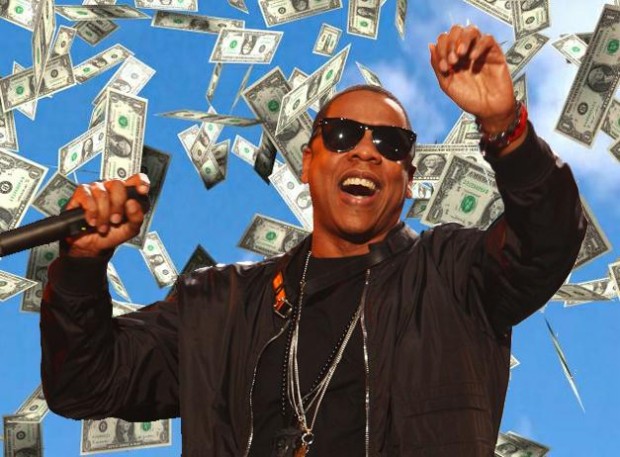 RAP superstar and business mogul Jay Z has launched yet another lucrative foray into the world of accumulating money.

“I love money,” Jay Z confirmed to the assembled press as he unveiled the Jay Z money streaming service.

Tidal differs from its rival Spotify as Tidal uses high quality, state of the art celebrity endorsements which are said to the finest in the money streaming service.

Stars in attendance, including Kayne West, encouraged fans to use the hashtag #MoreMoneyForJayZ as well as encouraging them to change their social media profiles to a picture of Jay Z cuddling a large pile of cash,

“This is a huge step forward in the purchase of my next yacht,” Jay Z added at the glitzy Tidal launch.

Many of the high profile names in attendance were similarly enthusiastic about Tidal as it is thought their artistic integrity and growing body of work will only be enhanced by this new service.

“I’m going to get a special shower installed that just pours out diamonds,” Rihanna confirmed to WWN.