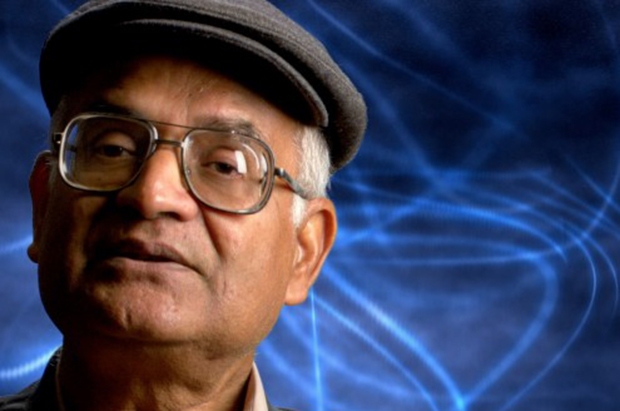 THEORETICAL Quantum Physicist Dr. Amit Goswami admitted today that he, and his peers, have absolutely ‘no fucking idea’ what they’re doing, and claims they were no nearer than prehistoric man to figuring out the Universe.

“We have been just winging it to tell you the truth,” explained the 78-year-old in an exclusive interview with WWN. “Seriously, I haven’t a clue what’s going on. Either does anyone else in my field. We keep proving stuff that never actually happened”.

“Our cover is blown, what can I say? He added.

Dr. Goswami’s comments came after yet another alleged breakthrough in quantum mechanics which claims the universe has existed forever, as opposed to being created by a ‘big bang’.

“Over the years there have been just a handful of us pretending to know something about the universe that no one else does,” he went on. “But this is all lies to feed the charade. I’ve had some great times during the years; travelling the world, and giving talks on our pretend finds”.

When asked how he got away with it for so long, he replied: “I found out a long time ago that everything can be proven with a mathematical equation. Now, I mean everything; from unicorns, fire-breathing dragons, God and even the G-spot. None of it is true. Me and the handful that know the truth have been riding the Quantum Physicist celebrity wave for quite some time now, but it must end – before someone gets hurt”.

The University of Oregon professor warned that the European Organisation for Nuclear Research, known as CERN, could potentially wipe out the entire planet if the project is not put to a halt.

“Seriously, when myself, Higgs and Ben (Benjamin Lockspeiser CERN’s first president) first pitched the idea, we never thought it would get funding. It was gonna cost billions for Christs sake,” he recalled. “Fuck knows what the thing does – no one does. Firing particles at each other at the speed of light can’t end well. I’m just worried we took the joke too far”.

Ending the interview, professor Goswami apologised for “spoofing” everybody over the years.

“I’m coming near the end of my days now and I just want to get this off my chest,” he said. “I just hope the world can forgive us”.