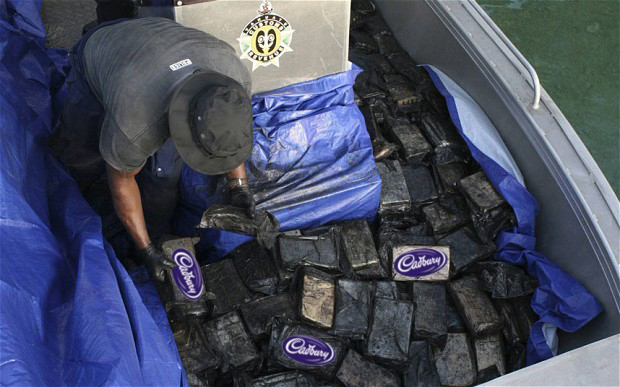 CBP said officers conducting an inspection of the vessel estimated the quality street value of the contraband seized was US$2,498,800, and was destined for the underground retail markets on the East coast of the United States.

Two Irish nationals aged 28 and 33 were arrested by armed police after boarding a vessel called The Fruit And Nut at 3am GMT.

“After a tip off from a rival chocolatier, we stopped and searched the small yacht after it approached a New York city harbour,” explained police team commander Todd Chamberson. “We found a large shipment of what we believe to be pure Dairy Milk chocolate 9-bars concealed in the ship’s hull. Following some oral testing, we confirmed our find and arrested the individuals for questioning”.

It is believed both men were part of a black market chocolate ring based here in Ireland. If convicted of trafficking, they could spend the rest of their lives in a US prison.

Cadbury’s Dairy Milk chocolate was banned last week in America, and this is the first known illegal shipment to be stopped by US customs officers.

“This is just the tip of the iceberg,” added New York mayor Bill de Blasio. “These individuals will be brought to justice. We will treat them as an example to deter others wishing to traffic illegal dairy milk chocolate into the United States”.