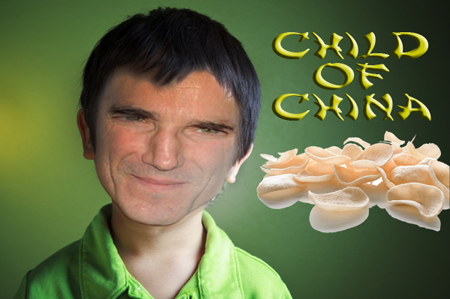 THREE TIME Oscar-winning actor Daniel Day Lewis is to push his acting talents like never before in an upcoming epic movie.

The movie, tentatively titled ‘Child of China’ follows wide-eyed and naive child Xang Bo, who from humbles beginnings becomes the first human to eat 10 dry crackers in under 30 seconds.

The film is rumoured to have a budget close to $200 million.

Directer Martin Scorsese, will work with Day-Lewis for a third time on the upcoming feature which is already being tipped for Oscar success.

Day-Lewis, famed for his ‘method’ approach to acting will see the actor attempt to assume the identity of an Asian child much to the surprise of many film experts.

Rumours that Day-Lewis will reverse the ageing process and force every cell of his body to rearrange themselves to the point were he quite literally becomes the 5-year-old Xang Bo are at this point unfounded.

The actor’s publicist refused to deny the possibility that the actor may kill an innocent child of Asian origin, skin him and wear its hide to give him the appearance of a genuine Chinese child.

Martin Scorsese spoke about the project with Empire magazine dismissing the potential use of CGI technology.

“Daniel will use only his acting prowess to bring this character to life and has already eaten 12,000 crackers in preparation for the film’s moving final scenes.

“It’s going to great. A tale of defiance, endurance and dry crackers.”