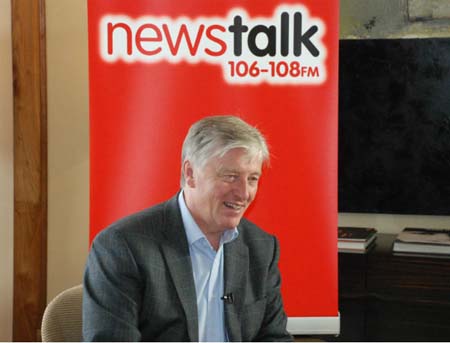 The Nation has barely emerged from its weeks of mourning upon the news of Pat Kenny, Irish broadcasting luminary, leaving RTÉ for rival radio station Newstalk.

Despite vast evidence to the contrary the good people of Ireland have persevered and overcome what has been a tough transition.The country will awake on Monday to a new dawn.

Ireland, a country where precisely 97% of the population routinely complains about the stilted and shackled nature of public discourse, will presumably be ushered along into a new age of enlightenment thanks to this momentous shift in radio broadcasting.

The collective ennui much of the population feels in relation to everyday life will ease due, in no small part, to the broadcasting abilities and journalistic nous of a 65-year-old man who has worked at a state broadcaster for 41 years.

Many in the media see Newstalk’s hiring of Kenny as a real coup, one insider went as far to say that ‘Newstalk were really looking to position themselves as an alternative to RTÉ and their search for a fresh, young and engaging voice not associated with the political or social elite is over’.

An estimated 12 million people will tune in this Monday to hear the dulcet tones of Pat Kenny emanating from an unfamiliar tuning on the radio dial.

Just this last hour over 2 million tweets were exchanged between members of the public who were enlivened with excitement at the prospect of the transformation the medium will go through once Kenny takes to the mic.